SCOTLAND AT A CROSSROADS 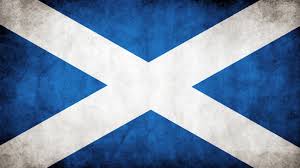 No matter what one’s position on Scotland’s independence referendum, it is extraordinary to hear British politicians talk about narrow nationalism. Are these the same politicians threatening to hold a referendum on the UK leaving the EU? Are these the same politicians and business leaders declaring that Scotland might find it hard, not to say impossible, to remain part of the EU? What would Americans think if Scottish or European leaders were telling Americans how to vote in any election, but Obama thinks nothing of telling Scottish voters that the UK should remain united and strong.

The truth is that the ones most afraid of losing their privileges are the English and British-friendly Scottish elite. It is difficult to know whether Scotland would benefit from independence, but one thing is evident: Cameron’s government’s decision in « granting » the right to Scotland to hold a referendum was made mainly out of condescendence in the belief that it would never be successful, humouring what it considered to be a whimsical desire from the SNP and the Scottish people.
It is becoming clear now that it had little to do with a democratic belief that self-determination is a democratic right. The Conservatives and the other British parties might have to mull this over for many years to come; regardless of tomorrow’s poll outcome, September 18th, 2014.